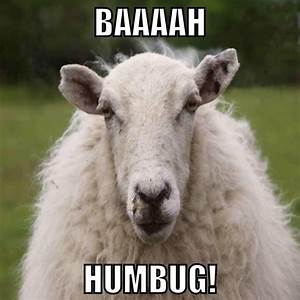 The morality police were very busy this week. The Christmas song “Baby it’s cold outside” is being banned from those radio stations that play only Christmas songs in December. The lyrics have somehow offended people. From Radio these readers of righteousness moved to Television. My family’s decade’s tradition of watching the annual TV special Rudolph the Red Nose Reindeer, is also in jeopardy because it seems to advocate bullying. I believe the dentists of the world also enthusiastically support this ban as they are less than pleased because Hermey keeps giving free dental care to local residents and that is a business model that only works at the North Pole.

Some might say they have gone too far defining decency, but in my attempt to get to heaven, I will say they have not gone far enough. With forensic focus I will add a little More Joy to their World by demanding a few additions to their Naughty List. I will not only expose serious lyrical abuse in song, but as always offer brilliant solutions to address these this Christmas catastrophe.

It seems to me that a one-horse open sleigh borders on animal abuse. If my neighbour’s rather large family were to all sit on that sleigh as it jingled all the way, an eight horse open sleigh would barely be able to pull them. One horse even pulling an empty sleigh seems cruel. Calling out Animal abuse can’t be ignored at Christmas as we must speak for those who cannot speak for themselves. Solution: Ban this song!

“Chestnuts roasting on an open fire”. Seriously do we even need to go past the first line of this song? An open fire? Is there a biannualy tested fire extinguisher near this fire, but not too near as that only creates another potential hazzard. Well I am no fire fighter, but if I was, I still wouldn’t represent a month with a sexy picture of myself in a unbuttoned cardigan, for their calendar. Promoting irresponsible fire safety behaviour to our children is misguided and extremely dangerous. Soluiton: Ban this song!

Beyond the obvious sexism of this title, there is a much more disturbing message here. I appreciate men need to rest, as we are often exhausted at the end of the weekend after putting out the trash. We trip over the vacuum our wives have not finished with yet, on our way to the couch to watch football. When we ask “When will supper be ready?” we get a look form our spouse that clearly demonstrates, she too should get a rest after she does the dishes. Solution: Ban this song forever!

As I child I could not help but being little, as neither of my parents came from families with that “tall” gene. They could not dunk a basketball, they could barely dunk a donut. Pointing out somenoe’s lack of height, is not only cruel, it can lead to that Napolean complex, and soon your little ones will want to take over the world. Little people (formerly know as midgets or dwarfs) must cringe every time this song is played, well maybe not Happy or Bashful ( Bashful would bury his pain being the way he is.), but Grumpy must certainly despise this song as much as he hates “Short People” by Randy Newman. Solution : Ban this song forever!

Do You Hear What I Hear?

Elderly abuse has become a serious borderline epidemic problem as our parents age gracefully. It is hard to be graceful when disgraceful songs are ruining their Christmas. Sure they can’t hear, they can barely see, and their kids are all smarter than they will ever be, but pointing this out every Christmas (Do you hear what I hear? Do you see what I see? Do you know what I know?) kind of ignores the spirit of the season. Solution: Ban this song forever!

Well this may be the most obvious of Christmas song worthy of banning. The lyrics may thrill the scientists but really annoy the people with a Bachelor of Arts degree. The facts about Global warming are controversial however to suggest a happy jolly snowman might melt at the end of the song is just cruel. The children don’t laugh and play at the end of this song, they sob and ask mommy to stop singing. The Jury of one is still out on this theory of global warming, and frankly if the title was Frosty the Iceberg we could remove the cuteness of a cuddly snow man that intentionally manipulates the younger generation to think there might be a weather problem. Solution: Ban this song!

This is such a teachable moment for the millennnials. When texting, snap chatting, instagramming or whatever app permits you to type rather than talk, do not repeat things three times with an exclamation point. It reads like you are yelling and you are far too young to have acquired anger management problems. That behaviour comes with years of yelling at your children. Learn from my generation how soft and pleasing repetition can be. When the Beatles sang Let it BE, they sang it four times at the end of each verse. Unlike “Let it Snow! Let it Snow! Let it Snow!, The Beatles did not title their song Let it be! Let it be! Let it be! Let it be! Christmas titles that scream at you, take away from the gentle kindness of the season. Thankfully the younger generation tend to just send a selfie of their face and the snow with no lyrics at all. Solution: Ban this song!

This disgusting song is not only pornographic but it is also exposes our current immigration issues. Who is Emmanual? How did he get into our country, and I don’t appreciate the way your wife is looking at our pool boy. If you can get your mind out of the gutter for just a moment we will permit the playing of the more fidelity spirited Oh Come all ye Faithful to support your Christian values. Sorry my mind is still hovering in the gutter. Solution: Ban them both!
(Postscript: Ban “I Saw Mommy Kissing Santa Claus” to discourage Mom’s slutty behaviour, and then build your wall)

Now I know this is going to offend all those friends of yours named Wenceslas, but this has to be said. After seconds of research, this song clearly represents fraudulent, illegal actions. First it turns out Good King Wenceslas was never a king. He was a Duke in the 10th century. Lying about your job and status is not something you want to teach your children as they draft their first Resume. Interesting Wenceslas was murdered by his brother Boleslaw the Bad, which is a name I would lie about when creating your resume. Fake IDs, fake accomplishments can only lead to long painful careers of corruption: Ban this song!

Now the KKK and the White Supremacists will not be happy with this recommendation but this is how we change the world to be a better place to exist. White Christmas is so exclusionary I am surprised the Nazis didn’t sing it at every rally. Now they would argue the same about Elvis’ Blue Christmas, but with my limited experience with Blue people, they can be can be so arrogant at Christmas. Once again this flawless logic forces me to repeat a previous solution. Ban both songs!

This might be the most offensive, hurtful Christmas song every written. “Last Christmas I gave you my heart” clearly increases the agony of all waiting for vital organ donations just to live. To brag about giving your heart while others lie in a hospital bed waiting for someone who signed the back of their driver license, is just so insensitive and dare I say it, heartless. Solution: Ban this bloody song!

Isn’t it wonderful that no matter what the problem is, one solution can solve it all? Virtue is a little easier to display than I thought.

I want to personally thank the morality police for allowing me to easily expand the spirit of your important work. If you give me a few more days, I promise you I will share many more songs for you to gleefully eliminate from the airwaves and bring so much more Joy to the World.

Cue the Blong: I will quickly insert my little Christmas Song before I ban it.