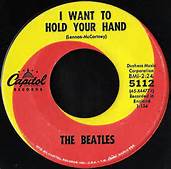 The Best 3 Minutes of my Week.

This morning I will travel to the Oakville Hospital and play the piano for patients to help distract them as they wait nervously for a family member for reasons I will never know.  I have posted a similar message before, “The Best 3 1\2 minutes of my Week” but upon reflection that original article over stated the time. A lovely observer took the time to videotape me and it now appears I misjudged the length of this time. At 2 minutes and 47 seconds, I was faced with the challenge of rounding up or rounding down this number.  My faint memory of a mathematics class in grade 4, suggests that this number should be rounded up to meet the criteria of that lesson. The good news is that the title significantly overestimates the duration this moment.

Song selection for every week is a constant battle as the generational diversity of patients waiting in the lobby ranges from 6 months old to 103 years old.  That my friend introduces a challenge that would embarrass the most elaborate karaoke machine available today.  The truth is, I am limited to the harsh reality of only playing songs that I know.  This severely compresses my playlist to a paltry 1000 songs, and I do my best to ignore any music written after 1978.  Generally the demographic of the audience forces me to play songs written long before I was born.

In the lobby of the hospital the audience is predictable.  An older adult wheels a much older adult in a wheelchair and sits beside the wheel chaired parent, in relatively comfortable chairs provided in the lobby.  Occasionally there is a sad reversal of this impression, as a very young adult is sitting with their very young child who has also been forced to use a wheel chair for their current mode of transportation. This restrictive setting has limited the chance of a mosh pit forming during my performance, but one can only hope.

To demonstrate, what I thought was a rather clever compromise to this generational dilemma, I chose to play a song from my own history, while masking it with a Gershwin like approach.  I play The Beatles 1st American number one hit “I Want to Hold your Hand” at such a slow tempo, dirges played at funerals would be embarrassed. I disguised the song with a ballad-like arrangement that the undiscerning ear might mistake for some Ella Fitzgerald jazz standard.

As the weeks passed, and the moment arrived where I played this slow paced deviation of a Lennon McCartney classic, I began to notice something quite remarkable!  As I slowly play the opening chords of this song the older adults recognize, the offspring extend one of their hands and gently grasp the very wrinkled hand of their parent. They hold that hand with a lovingness no word I know, can describe. Often the children use the other hand to softly stroke the arm of the parent.

As lyrics like “And when I touch you I feel happy inside” echo in the room, the grip of these two generations gets a little tighter and the parents seemed overwhelmed with the simple connection. That emotion never causes a release of those two hands.

As I finish the final verse of my unorthodox version of a golden oldie, with the concluding line “You’ve got that something, I think you’ll understand. When I feel that something, I Wanna hold your hand”, the familial connection intensifies. It is like those two 20 years old boys (I am rounding down for this estimate as crazed Beatle fans will point out that John was 23 and Paul was 21 when they recorded this song) from Liverpool had a theory to test. Is tender human touch our greatest expression of love?  Every Saturday morning for 3 minutes (more accurately 2 minutes and 47 seconds) this question is answered with a undebatable “yes”.

The song ends, and a few require a tissue hidden in the sleeve of their garment, and we move on to other songs from that earlier recognized limited play list. But these three minutes stay with me.  It stays with me on my drive home, and it often clouds those thoughts one has, as they try to get to sleep. This “brief moment in time”, as Mr. Hawking would describe it, has unfortunately created a more confounding new moment for me.

When we hear a song from our distant past, our bodies are immediately transported to the basement of an old friend’s house where decades ago, some life altering event took place.  The event is still indestructibly linked to some song playing in the background and you smile in your car, whenever that song is played.

My connection to the song “I Wanna Hold your hand” was a cherished memory from The Ed Sullivan Show on February 9th, 1964.  That memory was followed by my recollection of my aunts making me sit down and listen to a new group they thought they alone had discovered.  The joy on their faces as the little 45 spun out its magic through the family, tube-reliant stereo, was a memory I cherished. That memory is now destroyed. My inadequate brain has a storage issue.  The memory of joyous youth and crazed mania is no longer linked to this song.  When I occasionaly hear the song I Want to Hold Your Hand on Spotify or SiriusXM, the memory is now of multi generations touching each other with the deepest expression of profound adoration and love. I rather enjoy that replaced new memory, but my brain has still not erased enough space for me to memorize my children’s new cell phone numbers.

Below is newly discover indisputable evidence of the the words above. “Too slow” will ultimately be part of your musical critique, but I have never described as being very swift.  This information has given me a great level of satisfaction with edits from a previous very inaccurate title.  In this world of sound bites and 140 character tweets, 2 minutes and 47 seconds must seem like an eternity to most, but every week at the hospital time stands still for just a moment.

Cue the Blong:  Newly discovered evidence of what the hospital crowd must endure every week