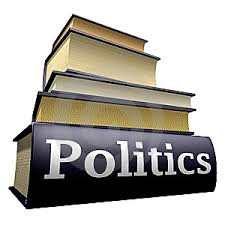 There are many words in the English language that with just a mere utterance, can transform conversation from dull to meaningful. What very smart people do is coyly introduce four syllable words into regular conversations to elevate the intelligence of the noise. The proper insertion of longer words like institution, significance, meteoric, asparagus, Minnesota, copulation, or medicinal can convert any mundane dialogue into brilliant dialogue.

You: I sure hope that giraffe in my backyard doesn’t ruin my vegetable garden.

Smart person: Does your garden have any asparagus?

You see how the dull start of this conversation was elevated to unsuspected heights when a smart person added a four-syllable word to transform the bland exchange to a mesmerizing exchange. Mesmerizing is another highly underused four syllable word and did you notice how that impressive long word ironically kept you mesmerized to your computer screen.  If you used another viewing device to read this, let me remind you viewing device is not a four syllable word unless you hyphenate it.

Of all the significant four syllable words smart people use, “political” is the most profound. Go ahead and try it.

“I believe his motives are more political in nature.”

Again one can see that the confused look your listener emits when you sound intelligent.  Strategically inserting this word will render others to speechlessness (unfortunately only a three syllable word).

Before we proceed, it is time for a little etymology lesson to help with deeper understanding of the word political. I will do my best to avoid any reference to Latin or Greek here, as that pompous approach tends to annoy the English gentry.

The word political has ancient roots. The first part of this important word is “poli” or more correctly “poly”. This common prefix assures that whatever word is about to follow, there are going to be very many of them. This begins to make sense when you think of all those times you have used the prefix “poly” in your daily life. Polygon is a gon with many sides. Polywog suggests there are very many wogs in the pond. This often inhibits your friends from entering the water, as it is just too icky. When Polly wants a cracker, trust me he wants more than one. Polyshore means many funny. Polygamy suggests you are playing many games with many people.

The second part of this four-syllable word is the “tical” part. Fortunately we don’t have to look that one up, as we all know when people tickle you, you can’t help but laugh uncontrollably. Interesting note: You cannot tickle yourself. Well you can, but it just makes others around you very uncomfortable.

So the core definition of political seems to be there will be “many laughs” as Donald Trump has proven.

Now the English language is vibrant and dynamic thing. Word’s meanings continually evolve. Though you cannot argue the root meaning of political, it seems to have taken on a life of its own. Today the word political has such surprising uses, it seems impossible to comprehend each new meaning. When used in well-formed sentences, it is very hard to deny the intelligence of an speaker who chooses to insert any version of this word into their conversation.

“I would describe myself as very political. ” That sentence gives a real insight into the unimaginable deep thinking of the speaker.

“This seems a little too political for me.” Again anyone who says this sounds like they really know what they are talking about and as importantly, what the other person is talking about.

Expanding this word to its five-syllable adverb, catapults your comments to the next stratosphere. “Politically I tend to lean to the left.” This kind of pronouncement tends to put the listeners in awe of your confident self awareness, because now they are forced to figure out the difference between their left hand and their right hand. With most people, by the time one figures this out, the election is over.

When one finally figures out this left and right thing, it makes it so much easier to define one’s views. Well at least easer than figuring out what political party you support. Conservatives, Liberals, Republicans, Labour, Democrats, Socialists, Leaf Fans and Communists offer far too many choices to make a proper political alliance. Choosing to be left or right is a much easier choice, unless you are ambidextrous.

Defining yourself as left or right does have it’s own consequences.  The Right tend to think they are right all the time, while the Left are left to clean up all the mistakes the right minded people continually make. The far left and the far right introduces a new four-syllable word “polarizing”. I will address this momentarily but metaphorically speaking, it is where thinking is so cold and inflexible, even block heaters will not thaw the rigid positions.

Polarizing is supporting your extreme beliefs to define one’s radical political position. This is often described as black and white in one’s views. Polarity can be seen in nature as polar bears are usually very white and hard to see in the snow.  Black bears are very black and not easy to detect at night. Panda bears really can’t make up their minds regarding their wishy washy black and white stance. Fortunately their cuteness tends to compensate for this. Eucalyptus is a very difficult four syllable word to weave into your daily conversations.

Full disclosure here, I have never been to the North Pole, or even the South Pole but I have seen pictures. The North Pole is where the Claus family lives with subsidized housing for the elves, and the South Pole is where penguins and about 300 photographers from National Geographic reside.  These poles have one thing in common… they are frigging cold. I tend to do my worst thinking when I am cold. The most lucid thought I get when I am shivering is “I could sure use another blanket!”

Speaking of polls, many politicians hire very expensive polling companies to determine what the voters are thinking. Polls serve two very important roles in the political world. First they help politicians to gage the popularity of their policies. Second they allow politicians to flip their opinions if a poll suggests a reversal of position will increase any chance of being elected.

Inspirational leaders manage this beautifully during their speeches on the campaign.

“When I said I was against equality for all, what I really meant was I was for it.”   This was the beginning of a popular exercise we now call poll dancing.

As both Canada and The USA prepare for upcoming elections, I do hope my scientific examination of the political world, has helped you to become a much more informed participant in the democratic process. Let me end this submission with one more four-syllable word that not only describes these thoughts, but also most people’s opinion of my writing.   Ridiculous… I mean Informative.