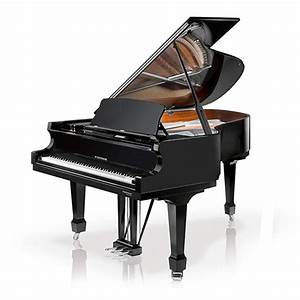 A Moment in Time

We all have seminal moments of time in our lives that get locked in the memory banks.  Moments that eventually become stories we tell with the “Remember when” introduction.  For each of us those stories evolve into our life legends, to display the defining moments of our existence. We often embellish the story with each telling to elevate not the facts, but the attractiveness of a well told remembrance.

Some may never share these life-altering experiences. War veterans will never tell the harrowing stories that changed their lives forever, because the pain of the tale outweighs the significance of the telling.

For all there are certain common titles that often begin with “first” that bonds listeners, to allow comparative stories of their special times.  Your first car, your first kiss or your first operation, help connect common experiences with our unique versions of the tale.

When a friend shares that Led Zeppelin was their first live concert and you realize that your first concert was The Captain and Tennille, you tend not to join in with your badly linked memory.  Even though this vivid personal musical movie sticks with you, like the cat fur on your clothes, the sharing seems a little too uncomfortable at the time. One could argue that, “Love Will Keep us Together “ and “Whole Lotta Love” were saying the same thing lyrically, but once again you may want to keep that analysis to yourself.

The birth of your children, the funeral of a relation, and even the death of a pet will imbed into the cluttered brain’s filing cabinet forever.  As we age the memory banks fill up.  Most of the moments in time are from long ago.  There is always room for more, but well-earned skepticism, resisted vulnerability and eventual memory loss, keep your moments in time more historical than current.

On June 30th2018 at 11:27 a.m. my brain received an image that will stay in my moments of time.   I will now start telling this story because the telling helps stabilize its permanency for future better versions of the moment.

I have shared my accidental story of volunteering at the Oakville Hospital before. https://breakingwell.com/2016/12/20/volunteer/  I play the piano a couple of times a week, as compensation for my failed rock star career, yet volunteers are not to receive any compensation for their time.  The mandatory training for all volunteers, taught us about the difference between Code Red and Code Blue.  I do not recall what that difference is however I immediately stop playing piano, even if I am at the sing along chorus of American Pie, whenever the loud intercom announces a code.

I don’t remember colour code differences, however there was one clear message delivered during that four-hour training course that did resonate.  Nobody visiting the hospital wants to be there.  When you see patients with families you have no idea what each one of them is going through.

Last Saturday morning I did my little piano playing thing, and as always people smiled to a recognizable song, while they received location information from the volunteers at the reception desk, to help direct them to the proper floor and zone of their loved ones.

As the waning minutes of my Saturday morning performance arrived, a trio of family members moved closer to the piano.  There was a gentleman in his 80s, secured in a wheel chair. To his left was clearly his wife of very similar age, who kept her hands on the wheel chair to ensure the angle of view was pleasing.  To the right of the chair was the daughter of this loving couple.  I began to play an old Cole Porter song hoping it would connect with this older couple.   A new moment in time was about to occur for me.

The wife leaned down to the locked foot braces of the restrictive wheel chair and began to unlock the foothold.  The daughter in perfect union did the same thing with the other foot.  Undoing the belt on his lap, both grabbed a shoulder of this handsome old man.  No words were spoken, but intuitively both raised this gentleman with perfect coordination into a shaky standing position.

This shakiness was temporary as his wife embraced her husband and then they began to dance to the song.  Other visitors stopped what they were doing and simply watched this couple dance on the sanitized hospital tiled floor.  Clearly this couple had danced together many times before.

Perhaps both minds traveled back to a time where they were both dance hall regulars, who may have won ribbons for their dancing skill. That skill no longer existed, but the easiness of those long forgotten moves returned for a moment.

Synchronized slow moving circles began to appear directly in front of an abandoned wheel chair.  A chair that the hospital insisted was necessary for this male patient to move.  For the next few minutes the hospital’s diagnosis of an 80 year-old patient was slightly overstated.  As the couple smiled at each other and the daughter beamed, more visitors who did not want to be at a hospital arrived.  There looks of gentle disbelief forced them to stop and watch slow small circles being made by an old married couple.

As the image of long love danced before me, I predictably repeated verses and choruses of the song, because when you are creating a beautiful new memory you don’t want that memory to end too soon.

People drift into and out of our lives.  Temporary connections transpire and disappear as quickly as they appear.  I may never see this trio again, but I want to thank a father, a mother and a daughter for creating an unexpected image, that is now a memory.

My friends and family have heard my stories so many times, they could tell them better than I do.   But my crowded head with its “No Vacancy” sign, flexed for a moment on Saturday morning. This small opening allowed a little room for one more moment in time to inhabit this well guarded area, so I could begin to try telling a new story. A story that words will never truly capture but I will strive to improve a fresh moment in time with every future telling.

Cue the Blong: …. Be Tender folks