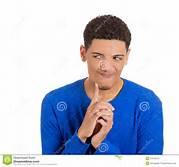 The phrase “ulterior motives” is commonly expressed privately when good friends examine the actions of others. Your assessment of the ill intent of everyone but yourself, gives one a very high moral ground to stand on, as the imperfect world passes you by. In the luxurious boardrooms of Fortune 500 companies, ulterior motives are restated as a hallmark of their Leadership training program.

As I pondered the correct interpretation of this condemning phrase, it became painfully aware that I seemed much more comfortable attaching this expression to others, but less comfortable in suggesting that I might have ever had an ulterior motive to any of the beautiful words that come from my sexy tenor voice.

Of course that is a ridiculous conclusion as my voice is more alto than tenor. Well the other day I was at the doctor’s office, as it was time for what he would call an “examination” of certain body areas. Because the long wait for a well documented 2:30 p.m. appointment extended past 3:00 p.m., I was given time to do a little self examination. In the end, neither of these examinations were fun to perform, though at least I did not have to wear rubber gloves with my exploration.

I thought long and hard, like my year in grade four, to determine true examples where honesty was never the true motive of my shameful ulterior sentences. Now I had a brief half hour of introspection, so I only came up with a dozen terrible things I have done. I am not suggesting I have only done twelve bad things, I am suggesting if you have a half hour to kill, you will discover the many reasons people don’t call you as often as they once did.

Every time I help a little old lady across the street of a very busy intersection, I always assume that she is a multimillionaire. Her reward to me for my generous gesture will be to immediately write me a cheque for $547.267.62. This has never happened.

Whenever I am trapped in a painful meeting where the presenter is some young kid on the fast track, for their impressive career-path, I tend to say the same thing. I state with great enthusiasm “this was an awesome presentation”, when what I meant to say was that “this was a terrible presentation”. My ulterior motive here is to connect with the younger staff at the office who have decided “awesome” is the only adjective they are ever going to use.

Whenever I see heavily tattooed bikers trying to get ahead of me on the road, I always let them in. My ulterior motive here is that this gang member will be so touched by my act of kindness, he won’t glance back at me, pull out his gun and shoot me.

I occasionally tell the one I love, how pretty she looks, after she has consumed a few glasses of wine. My ulterior motive here is she is so pleased with the compliment we can change the TV station from “Grey’s Anatomy” to the baseball game.

Connecting with people on LinkedIn. My ulterior motive here is if my boss miraculously acquires leadership skills, I will search for connections who don’t have that elusive trait, and ask them to hire me.

Participate in heated conversations about any current news topic. My ulterior motive here is to let people know I can appear informed, if I just read a newspaper headline without ever having to read the article.

Sending thank you notes to people I don’t like. My ulterior motive here is I believe that if I take the time to thank people, this will magically transform unlikable people into very kind human beings. So far, this kind of wishful thinking, has not been realized and my pen is running out of ink.

Talking with smart people. My ulterior motive here is I convince myself that if smart people talk to me, I will get smarter just by being around them. The trouble is, since I never understand a word smart people say, it makes it very difficult to absorb their wisdom.

I reply to emails within two minutes of receiving them. My ulterior motive here is to convince the sender I am very interested in what they have to say. Unfortunately the sender must have the same ulterior motive because they reply back very quickly. That is when we both realize neither one of us cares about the other person at all, but that is never shared in the next email.

Donating to charities. This was the most surprising discovery of my self-examination. It turns out I contribute to charities, because based on my current financial situation, I will be getting all of that money back very soon.

Not parking in handicap spots at the mall.   My ulterior motive is that abiding by these mall parking rules, even though the attractive spots are so close to the big doors to enter the mall, I park in regular parking.  By doing this I won’t receive the look of disgust from all the shoppers for this unforgiveable, disgraceful, selfish act. Of course during the Christmas season I have learned to tolerate that look.

Which brings us back to the doctor’s office. My ulterior motive for enduring these probing uncomfortable acts by people with medical degrees is quite simple. After doctors spend over 10 years in universities to complete a well-earned physician’s degree, I want them to question the commitment to that noble dedication to the Hippocratic Oath, as they are forced to spend way too much time with me and my colon.

Well tomorrow unfortunately, I must go to a funeral of an old relative. My reason for attending is probably obvious. I am convinced the more funerals I go to, the greater chance that others will feel obligated to attend mine… except the person we are honouring by our attendance.

Cue the Blong:  Another reminder that everything you do, kind of matters.