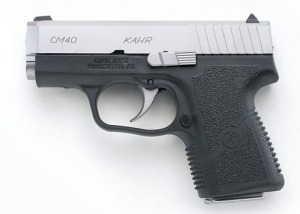 Murder at The Drive Through

I had the most interesting experience at the Tim Horton’s drive through at 4:44 a.m. this morning. An experience that tested the results of my recent company insisted, company assisted  three-day anger management course. Before I get into the details of this moment, I couldn’t help but think about the origins of restaurants, as I waited patiently in my car. Because I was alone, with no access to outside information, I was forced to rely on my imagination, TV and movies to form this historical analysis.

I was thinking of how did the idea of going out to eat a meal begin? Let’s assume it started with the cavemen and cavewomen. One evening a cavewoman was having a pretty rough day with her children, lets call them Pebbles and Bam-Bam. Father came home from a day of hunting and gathering, and expecting a car tipping Brontosaurus burger to be on the table, where utensils and table plates were optional. This caveman was more than surprised to see no meal waiting for him upon his arrival home after a tough day at work. It had been a tough day because his company was seriously considering changes to the vacation policy.

The cavewoman, who was at her wit’s end because of the children’s selfishness and refusal to pick up their cave toys, declared, “Honey we are going out for dinner tonight!”

This husband knew that to argue with a woman with prehistoric PMS was not a smart move, so he agreed and they all got in the foot propelled car and off they went. Well the poor family drove around for hours, when it finally occurred to them that restaurants had not been invented yet. They were forced to go back to their cave and eat. I suspect the night did not end well, and the cat did not stay out for the night.

Fast forward hundreds of centuries later, where according to Downton Abbey and black and white movies meals were served to perfectly dressed patrons.The better actors tapped their stomachs after the served meal to indicate they were full and would not be consuming the after dinner mint. (Monty Python exception)

Movies also showed that there were much cheaper options to eat outside the home. A different  version of an eating place called diners began to appear in the lower budget movies. A diner was a place with less formality and always provided checkered tablecloths, paper napkins and swiveling stools at the counter, to make the dining experience a little more fun. A diner was also where most of the bad guys with nice hats ate their meals. The ambience of these establishments was perfect for planning bank robberies, Saint Valentine’s Day massacres or murders of rich people’s spouses. The waitress who served these criminal masterminds was always named Flo.

The historical point is pretty clear here, but let me state it for those who have great difficulty reading between the lines. Some time between One million B.C. and the fifteenth century somebody came up with the concept of a restaurant.  I believe restaurants were conceived to address one and only one very important universal desire. One could abandon their own kitchen, pay for a nice meal, tip the server of that meal, and walk away knowing somebody else was going to do the dishes.

Let’s continue this well researched historical analysis. Sometime during the late 20th  to early 21st century the purpose of the restaurant dining experience had an evolutionary change. This evolutionary change is never mentioned in Darwin’s Origin of the Species, because the species he was observing were notoriously poor tippers. Darwin ignored this evolutionary fact, as he felt it might take away from the much larger point he was trying to make.

The original restaurant experience was set to a slow relaxing pace. The establishment was family owned. The meal had many courses, and more of a backdrop to good conversation and appreciation for good food and overpriced alcohol. The manners of all the customers and staff were impeccable, because years ago that mattered. Menus led to choices, which led to food adventures, which caused reputations, that led to lineups that led to more restaurants, which led to more dining choices. As time passed an unexpected revolution began. Speed of service versus quality of service became the new standard. With that juxtaposition of the original intent of dining outside the home, things began to change. This change was accepted as long as you didn’t have to do the dishes.

Some time in the early 20th century, a family was having a very bad early evening at home, and threatened the children with the following statement. “If you do not clean your room, I swear we will not take you out for dinner tonight!” Of course the children didn’t clean their room, because they never do, but the parents still didn’t want to do the dishes. To solve this dilemma, they had an idea. They telephoned the restaurant to cancel the reservation, but because they were so angry with their unappreciative children, they begged the restaurant to prepare the meal, and bring to their house! The restaurant employee on the phone was new and because this employee hadn’t taken the restaurant training course yet, the person simply answered “sure” to this never before heard request. This I believe is how food delivery service began. Of course we had to wait for cars to be manufactured for this idea to really take off.

The first ones to seize this idea were the immigrants as Chinese Food, and Italian Pizza took advantage of the more established ethnic groups, who didn’t want to do the dishes. After home delivery became well established, consumers decided they wanted food even faster. This helped the cataclysmic explosion of what we now call with great affection, the fast food restaurant. The eaters had now eliminated the middleman. They went out to get their very fast meals without having to endure the interminable wait of that delivery person. After a while the unbearable wait of 90 seconds to receive your food started to cause fights in the fast food line ups. These fast food restaurants entrepreneurs understood this crisis, and devised an idea so brilliant, that history might one day declare that this idea, will stand alone as the most innovative thing man has ever conceived. The drive through restaurant.

Yes a hungry person can now go to a restaurant without ever actually having to go into a restaurant, and order a meal from an illuminated menu, talk into an inaudible speaker, and get served a numbered hot meal through a window. Trailblazing family participants of this process soon discovered that if timed perfectly, one can consume an entire meal even before they get home.

Let’s return to the drive through at 4:44 a.m. this morning. Having fully embraced the speed expectation of consumption, I use the same drive through coffee shop every morning at about the same time and it regularly takes me 52 seconds to receive my coffee. Some mornings it takes 57 seconds but only if the sleepy staff on the intercom remembers to thank me for choosing Tim Horton’s as their morning greeting.

In front of me this morning was a car with four young men, two in the front two in the back. That is of course is the punch line to the vintage joke, How do you get four elephants in a Volkswagen? Two in the front and two in the back, but I was in no mood for elephant jokes this morning.. The four pimply-faced teenagers each yelled out their orders through the driver’s window. I know they were pimply faced, because there were no girls in the car, and as we all learned that painful lesson in high school, girls do not date pimply-faced boys. As each young man yelled their order, I could hear that there was much discussion in the choices the four were making. That discussion forced significant changes to the original orders. It was now 4:49.

Once the multiple requests were confirmed, the car of four finally drove up to the receiving window. I ordered my coffee and followed that car of four. As time passed, the four boys received their food, and drinks, but more changes had to be made. One of the boys in the backseat had tragically forgot to request a large chocolate milk. After much negotiating with the lady at the window the new request was accepted. It was now 4:53.

What happened next removed any of the learning that might have occurred at my anger management course. The car ahead of four paid for the order with what looked like quarters, dimes and nickels and finally moved out of the drive through lane. It was 4:59 a.m.

As I received my coffee I notice the car did not exit onto the road, but rather made a very sharp turn, and parked in the empty Tim Horton’s parking lot. All four passengers got out the car, went into the restaurant, and decided that this drive through window ordered meal was worthy eating inside the restaurant.

Mark me undecided on the gun law debates in this country, and if I lived in the USA, I am not sure I would support the NRA and their constant reinterpretations of the second amendment, but I do know this. If I had a nicely registered MK40 in the glove compartment of my Toyota Camry, there would be four less pimply-faced men in Canada this morning. I have reenrolled in the anger management course…

Not the best blong connection this week, but it does answer the question:  How many words rhyme with duck?

One thought on “Murder at the Drive Through”